What is Beloved Community Cville?​​​

​ Beloved Community Cville is a grassroots organization created to provide resources and opportunities to people interested in creating social change, starting with a city-wide film viewing and dialogue event of the documentary I’m Not Racist… Am I? The film and related workshops are offered as resources which have the potential to inspire learning, increase awareness, and spark further organizing and action within our community. Beloved Community Cville is about the power of embodying our values and highest ideals. 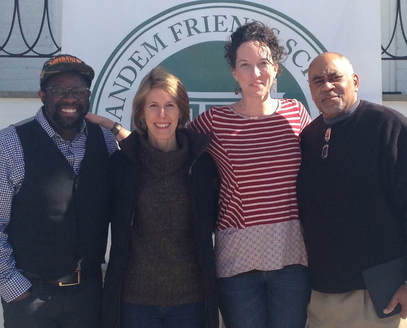 Elizabeth Shillue has a BA in English from Hobart & William Smith College, a Masters in Social Work (MSW) from Arizona State University, and is certified as a Heart Rhythm Meditation teacher. She has worked with a wide variety of populations, including detained refugees, elderly & disabled people, caregivers, dementia patients, prisoners, veterans, people with mental health challenges, and meditation students. Elizabeth's work is faith based and her commitment to racial justice issues and equity within our community is central to it. 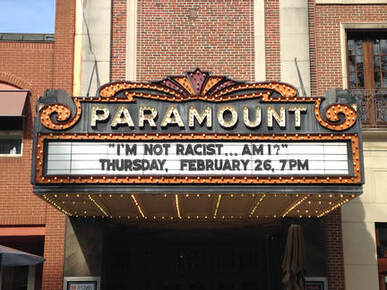 2015 screening at the Paramount
Elizabeth Shillue first brought the Film I'm Not Racist...Am I?, along with the Film’s Director and Producer, to Charlottesville for two screenings and follow-up discussions in February 2015. The screenings, which were held at The Paramount Theater and Tandem Friends School, were followed up with two community discussions held at Charlottesville High School, facilitated by Charlene Green of the Office of Human Rights. Next Elizabeth organized the community-wide film viewing and dialogue event described below.
This project was supported by the Charlottesville Office of Human Rights and Virginia Organizing    Endorsed by the Charlottesville Clergy Collective
Beloved Community Cville
​presented a highly successful
community-wide film viewing and dialogue event

I'm Not Racist...Am I?
​
Over 3,300 people
viewed the film and participated in a facilitated discussion

A sold out public screening of the documentary film was held at
The Paramount Theater on Feb. 9th, 2018, at 7pm,
with the Film Director & Producer leading a community discussion immediately afterward. 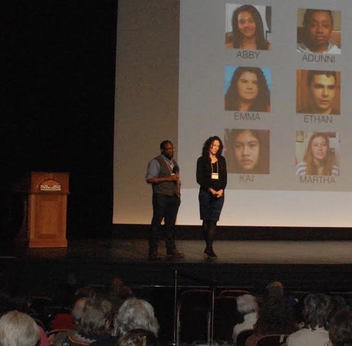 ​​Catherine Wigginton Greene – Director
Catherine is a director, writer, and producer with Point Made Films. She co-produced In 500 Words or Less, which followed four high school seniors as they tried to figure out who they were and who they wanted to become while forging through an anxiety-filled college application process. She also wrote and produced Adopted: We Can Do Better, the educational DVD series for adoptive families.

André Robert Lee – Producer
André produces and directs for film and television for Point Made and his production company, Many Things Management. He directed and produced The Prep School Negro, a film documenting his personal journey as a high school scholarship student, exploring what he gained intellectually but lost emotionally when he left the streets of Philadelphia each day for his elite private school.
​
For more information, visit ​http://www.notracistmovie.com/

A list of films, books, websites, and publications about racism endorsed by the filmmakers

​BOOKS
A People’s History of the United States: 1492 – Present, by Howard Zinn
Between the World and Me, by Ta-Nehisi Coates
Covering, by Kenji Yoshino
The New Jim Crow: Mass Incarceration in the Age of Colorblindness, by Michelle Alexander
Nurture Shock, by Po Bronson & Ashley Merryman
Post Traumatic Slave Syndrome, by Dr. Joy DeGruy
Slavery By Another Name: The Re-Enslavement of Black Americans from the Civil War to WWII, by Douglas A. Blackmon
Waking Up White, by Debby Irving
We Can’t Teach What We Don’t Know, by Gary R. Howard
Whistling Vivaldi, by Claude Steele
White Like Me: Reflections on Race from a Privileged Son, by Tim Wise
I’m Chocolate, You’re Vanilla:  Raising Healthy Black and Biracial Children in a Race-Conscious World, by Marguerite Wright
Why Are All the Black Kids Sitting Together in the Cafeteria? and Other Conversations about Race, by Beverly Tatum
Yellow: Race in America Beyond Black and White, by Frank Wu